Common Signs That Your Dog Is Having A Breathing Problem

Labored breathing means your dog is struggling to get enough oxygen. Signs of labored breathing include nostrils flaring, chest rising and falling more noticeably than usual, and extending the neck. Much of the time, labored breathing is caused by diseases including fluid buildup in the lungs, heart problems, or blockages such as tumors.

Shallow breathing is when your dog is taking fast, short breaths. It's different than panting in that the mouth isn't open very wide and it doesn't always include the tongue hanging out. The causes can range from anemia or low oxygen levels caused by other health issues such as allergies or infection.

While coughing can be a sign of a chronic lung disease like asthma, it can also be a sign that something is blocking the airway. Coughing may also be caused by parasites and other infectious respiratory diseases like acute bronchitis and pneumonia. If you have examined your dog's mouth for an obstruction and don't see anything, then have your dog examined by a veterinarian to make sure there isn't an internal obstruction and to rule out disease.

Any time your dog's tissues around the mouth appear pale or blue, it means that your dog is not getting enough oxygen. Sometimes, there are no other signs of breathing problems except for the blue gums and tongue. Your dog may otherwise appear fine or have mild lethargy. Blue or pale gums may indicate an airway obstruction or disease and could get worse if not treated.

Panting is perfectly normal if your dog has been active in hot weather, but it should stop once the dog moves into a cooler area and cools down. Excessive panting may be a sign that your dog is in pain or having anxiety issues. High blood pressure and thyroid hormones also can cause more panting than usual. 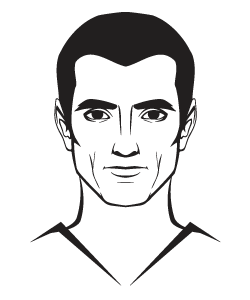 Do you remember the last time you really stopped to think about how healthy your animals were? Although it might seem like a simple task, keeping your animals happy, healthy, and well-adjusted can be difficult for just about anyone. However, with the help of a trained veterinarian, things become much more straightforward. I began working hard on helping my animals a few months back, and it was neat to explore how much better they were behaving. This website centers around identifying and resolving veterinary challenges one day at a time. Check out this website for great tips that could help you every day.

Your Puppy's First Veterinary Appointment
7 October 2020
When you have a puppy, you can't wait to celebrate all the firsts—like their first time sitting on command, their first time going potty outside, and …

Helping Your Dog Adjust to Old Age
27 September 2018
Just like people, pets get older, and when they do, they need additional love and care. Dogs can age gracefully, but some dogs might experience health …

What You Can Do For Your Dog's Upset Stomach
26 September 2018
As a dog owner, the last thing you want to wake up to one day is your dog vomiting or having diarrhea. However, just like people, dogs sometimes get a …